Re: RESTful on IBM i

I’ve told my customer I can write it in RPG as well.

Re: RESTful on IBM i

RESTful on IBM i

I recall seeing documentation that a windows server is required to publish REST from LANSA. Is that true? Has it been made available on IBM i in V15? Thanks

Thanks. I was one directory under there looking like crazy.

Use TPTH is working for us. It is deploying properly. Is there a way to specify TPTH when running the app from the IDE?

During good times an EPC came out rather quickly after a major release. If they drag their feet now we'll know how different things are.

My testing with TPTH = 'c:\temp' looks like it's working. How do I use the deployment tool to add that parameter?

We use JIT and full deployment to all end user PC's. Do I use the x_lansa.pro editor? That will flow through to the deployment?

For the 3rd party image viewer, could it be messing up or maybe truncating the path? I don't think so. I've debugged on the development machine and it's correct. For Theo's suggestion I don't think you can set a TPTH by PC but would you need to have a different TPTH depending on user type. What if ...

Not sure if it is an EPC or known issue. I was wondering if somehow *TEMP_DIR wasn't returning the correct temp directory. I am not sure I fully understand the issue though. What is the directory that *TEMP_DIR is returning? Are you saying that your LANSA form can't access this directory? Could be ...

Hi Art, Why donýt you just use the LANSA TPTH variable to redirect all the temporary files, log files , LANSA traces and then X_ERR.log file to a location within the LANSA directories , so you know fro sure that there are no problems with access / security etc.? Please let me know if this is a usab...

Hi Art. Have you tried to run the BIF OV_QUERY_SYS_INFO to see what comes back for TEMP_DIR and compare it to what *TEMP_DIR indicates. See link to the OV_QUERY_SYS_INFO doco. https://docs.lansa.com/14/en/lansa015/content/lansa/ov_query_sys_info.htm Is the issue that LANSA thinks *TEMP_DIR is in a ...

We are using *TEMP_DIR which resolves to Windows 10 %TEMP%, which is C:\Users\LoggedOnUserName\AppData\Local\Temp I changed my code to use c:\temp but that didn't solve my issue. Support in Chicago has no previous incidents. I'd appreciate any ideas. The customer is migrating to Microsoft 365 logons...

We have a VL-FORMS App that places an image into the Windows 10 %TEMP% directory so that a user can crop or rotate it before we save it to a BLOB. All works good when we use a local Windows user. My customer is using Microsoft 365 which requires an email address to logon to the PC, and security is s...

BTW, I did this because I had an existing RP that I needed to show within a new dialog. I didn't want to have to merge the code.

Re: Add Boolean Field with Default True to LANSA File

After you recreate the file why can't you fix the records? Are you doing this as part of a production job or development?

Can't you run an update file set isAdmin = true after?

I have a dialog that contains an RP (PRIM_PANL). The first time I show the dialog, everything is fine. The 2nd time, the RP does not show as part of the dialog, it's under it. Is an RP allowed on a dialog? I close the RP before I Close the dialog. Pics attached. 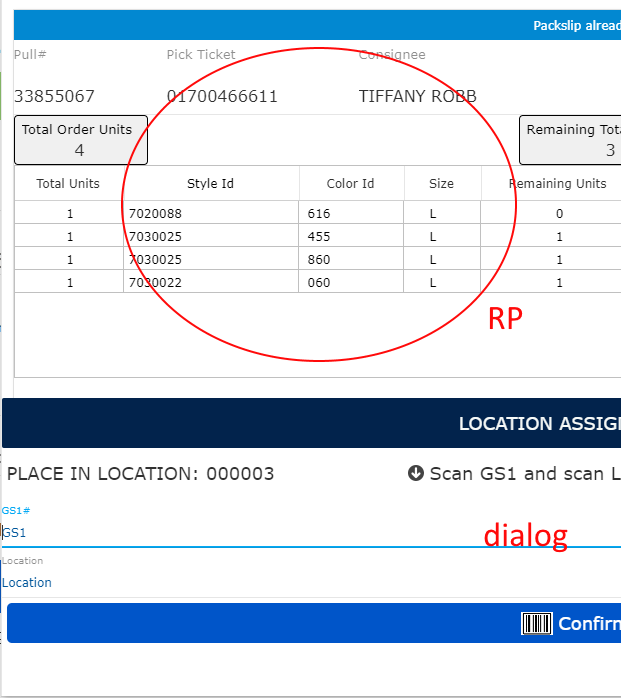 Re: Add Boolean Field with Default True to LANSA File

I would bet that LANSA uses SQL or CPYF under the covers and does not go through the OAM. That means that you would have to set your own default for existing records.

All of our development thus far has been VL. Every file I create has a corresponding "Shared Routine" Reusable part that contains all the Routines to Fetch, Add, Update, Delete all data for that particular file in one single object. This "Shared Routine" has method routines that receive the paramet...

Re: Tips for reading trace files?

Thanks Tim. A long wonderful time ago Hamad gave a session at a really cool Lansa conference how you don’t alway have to do a call_server_function. We’ve mostly been using that advice. But on VPN we found that loading a drop down of batch numbers that were open only was reading every batch number de...

Re: Tips for reading trace files?

Thanks Tim. A long wonderful time ago Hamad have a session at a really cool Lansa conference how you don’t alway have to do a call_server_function. We’ve mostly been using that advice. But on VPN we found that loading a drop down of batch numbers that were open only was reading every batch number de...
Search found 514 matches