by jyoung
I was testing out some new stuff in our VLF-ONE app and I noticed that a "New" button showed up in the menu. 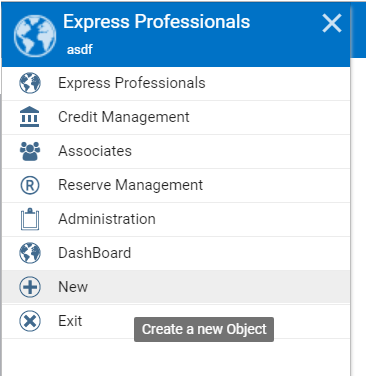 I don't recall seeing this before (although its altogether possible I have been over looking it) and we don't have any "New" command enabled at the "root" level.

Clicking on it does nothing.

Any idea where this came from and how to get rid of it?

by MarkD
That is a bit odd.
Would it be possible to post you framework's main XML definition file to the forum?

by jyoung
Sure. Its attached as a zip files since you can't attach *.XML or *.TXT files.

On a side note, it is possible to change the object type Id for the framework? The ID is VLFONE_DEMONSTRATION and its not a demo system its the main production framework. Feel like its having our production database named DB#DEMO.

by MarkD
The "New" item is appearing because you have this option set in the command definition: 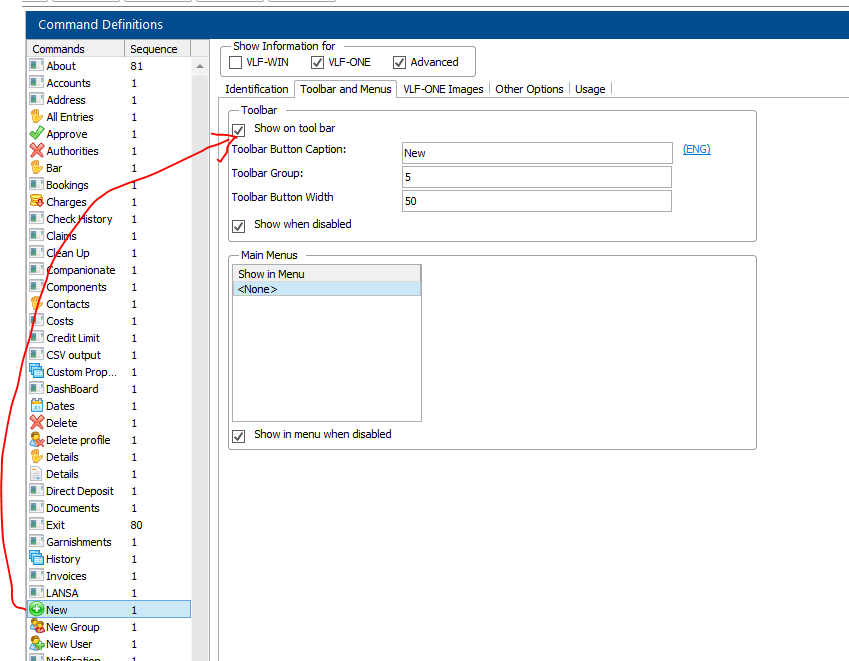 by MarkD
If this is the name you want to change:

Then the answer is yes, but there are complications if you have user authority already working.

The complexity is that user authority table VFPPF07 will have the original name recorded in this column: 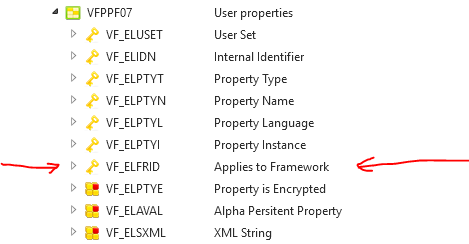 
You would need to simultaneously to update that column’s value for all existing users, or they would lose their authorizations.

by jyoung
I thought I looked everywhere for that option and could not find it.

I did not think to check the command definitions themselves.

Thanks Mark!
All times are UTC+10:00
Page 1 of 1
Powered by phpBB® Forum Software © phpBB Limited
https://www.phpbb.com/