This forum allows developers to post programming tips and coding techniques that may be useful to other Visual LANSA developers. The information contained in this forum has not been validated by LANSA and, as such, LANSA cannot guarantee the accuracy of the information.
Post Reply
2 posts • Page 1 of 1

The attached reusable part DF_T64H1O can be used as VLF-ONE command handler to demonstrate more elaborate prototypes and designs to end users or peer developers.
Here’s an example of how it could be used.
First I used MS-PowerPoint to create 3 slides and saved them as PNG image files.
These were copied into my partition’s web/vl folder.
Then I snapped DF_T64H1O it into the shipped Things business object to handle the Documents command.
When snapping it in I indicated in Alpha argument 1 that it should display slide1.png slide2.png and slide3.png (each name separated by a space). 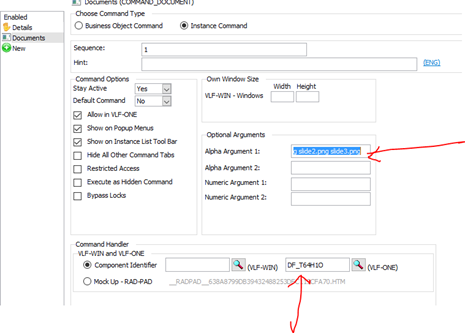 When I execute the command handler I see: 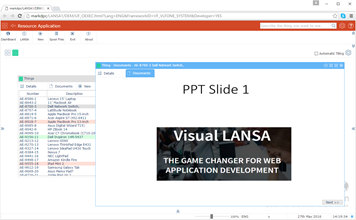 Then used Next>> to see the second image, etc:

Here is DF_T64H1O in importable form.

Return to “Tips and Techniques”