In our VLF-ONE workflow, we create a copy of the framework that gets worked on, then when its complete it gets merged into the "master" framework file.

This has been working out really well, until now at least. All of our merges up until now, have been new objects going into an EXISTING application.

Now, we have a new Application, with new Objects that need to get merged and I am running into issues. 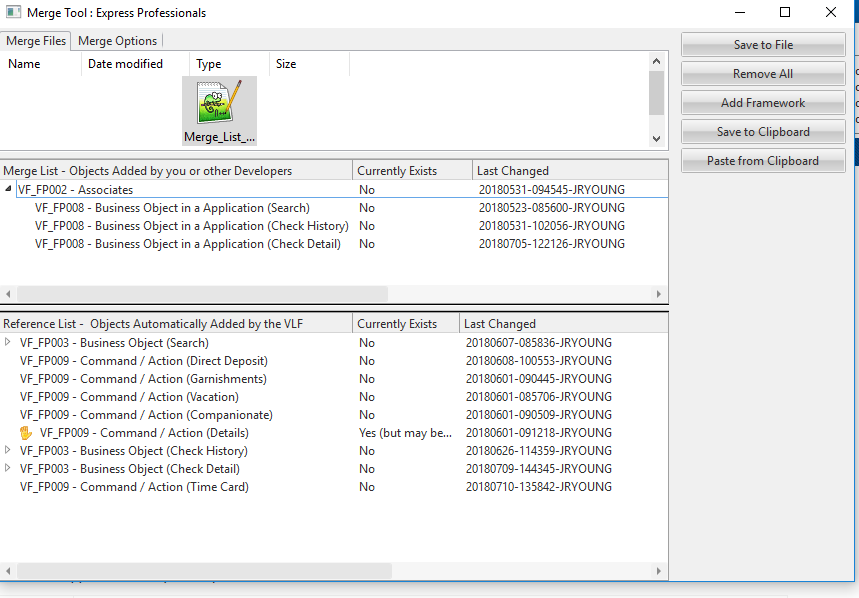 As you can see we have one new Application (Associates) with 3 new Objects (Search, Check History, Check Detail). The merge tool automatically added the additional commands (that have yet to be done).

The problem is that when I import the Application by itself, I get an error about the missing Objects.

When I merge the Objects I cannot choose the Application to merge them into. It only lists the two existing Applications. 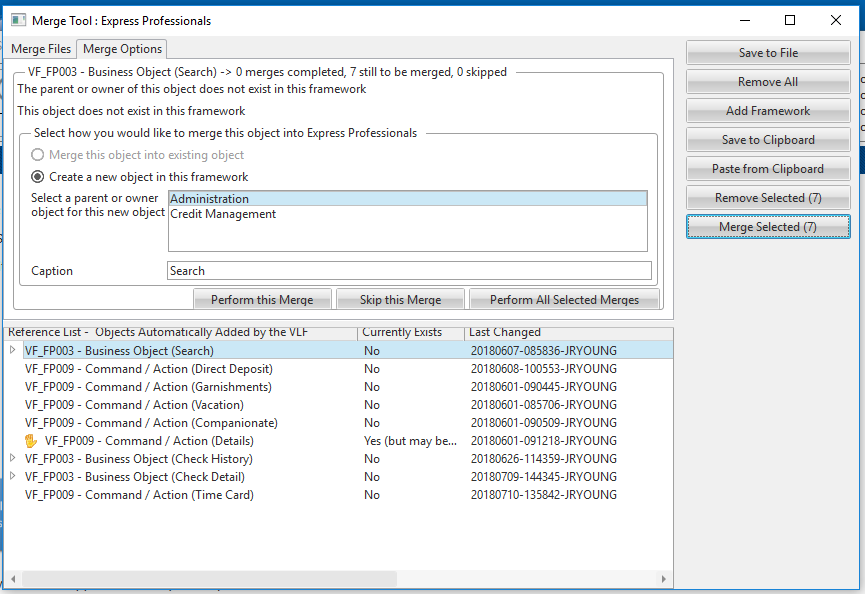 Doing them all at once does not help either, as it will import the Application but STILL PROMPT for the parent of the Objects and the just imported Application does not appear in the selection list.

How do I get this merge done?

1. remove everything (VF_FP008s) from the Merge List except VF_FP002 (Associates)

3. merge the application, save and re start the framework

4. do the merge again - the new application is now an option for the parent of the new business objects

That worked, sort of.

Now I have multiple objects listed 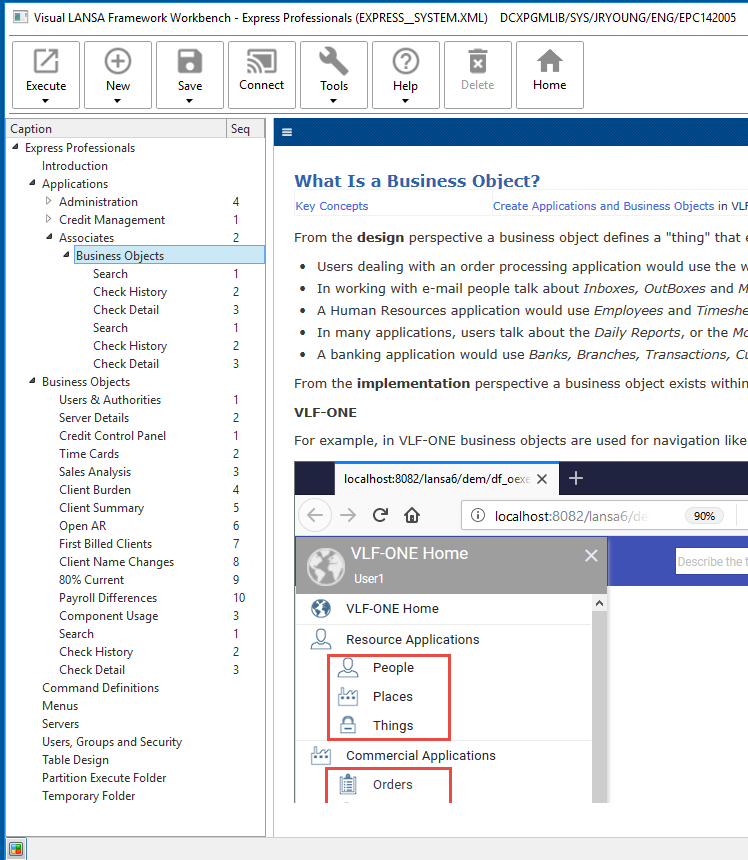 Had to do the merge multiple times.

First to get the application in, then to get the objects in. After that, when I ran the app, I got a numerous errors. 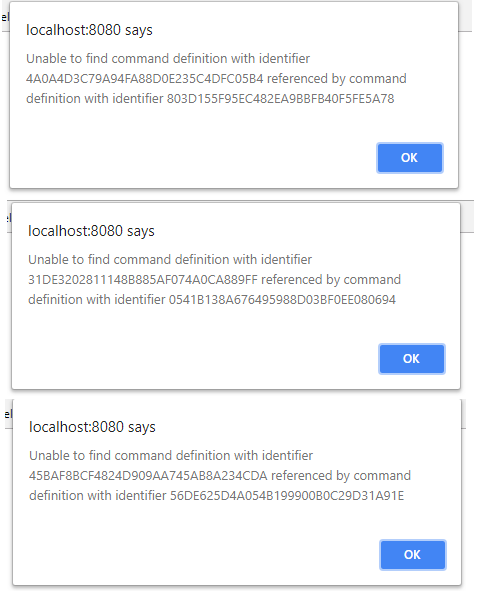 Have to say, that message does not help much. I have to to go through each command to find what command is identified by that guid. The workbench should at least have a search to find commands by identifier.

After not having any success and giving up in frustration, I did the merge a third time. This made the errors go away, but I still have duplicate objects in my workbench.
Top

I admit it, I punted.

Could not take it anymore, so I just manually added the App, Commands and Objects in the target framework.
Top

If you mess up a merge (or a merge messes you up) it’s worth remembering that every version of your framework should have been saved in a subfolder VF_Versions_ of your partition execute folder e.g. C:\Program Files (x86)\LANSA\X_WIN95\X_LANSA\x_dem\execute\VF_Versions_

Sometimes, rather than trying to ‘repair’ a messed up framework version you might do better by starting over with the last saved good version from the VF_Versions_ folder before attempting the operation again.
Top

This bit me in the behind yet again.
This happens after using the MergeTool. 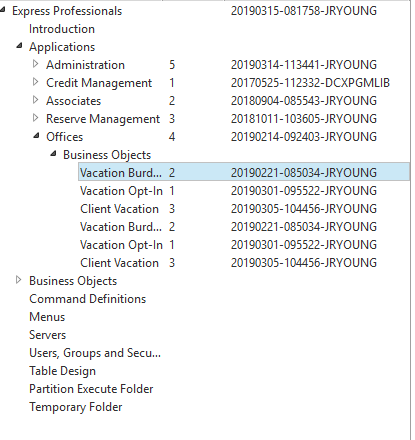 Initially everything looked ok, until a coworker checked it out and saw that the objects where duped.

Whats really interesting, is that each duplicated objects SHARES THE SAME Internal and Unique Identifier.
For example, check out these two captures. Two different objects selected, but they have the same identifiers. 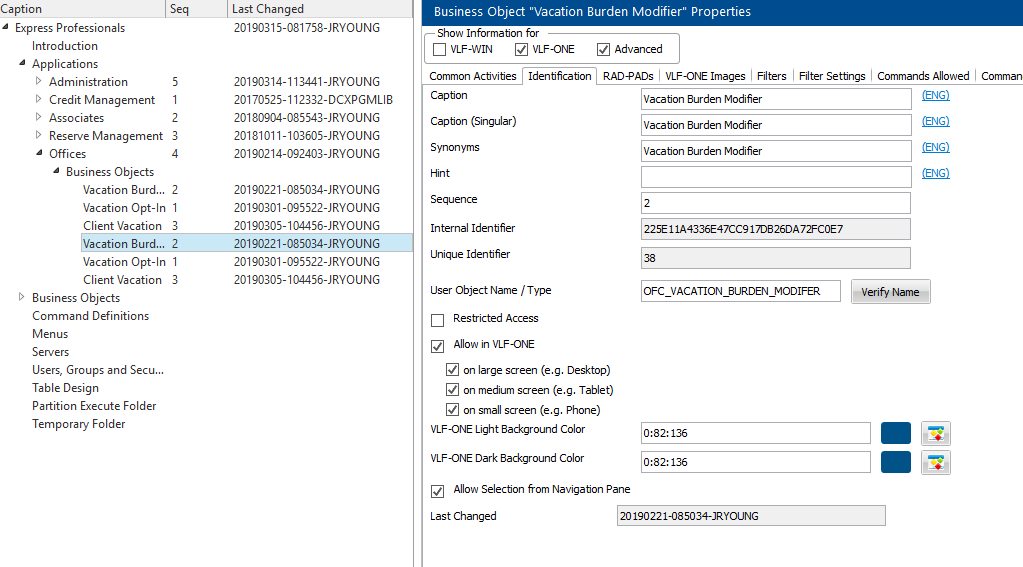 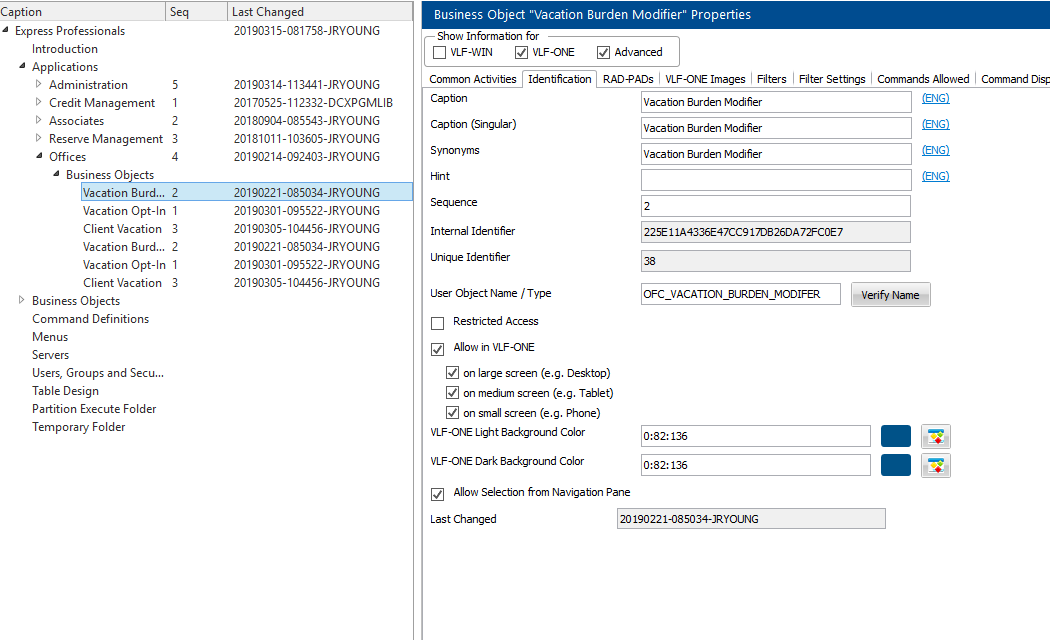 EDIT
I'm working up an example to send to to support.
Top

Hope this will help you.

Now you able to see a single business object.

In this case, all the command are already in the framework ( the handlers are not).

When I try to merge JUST the Business Objects BEFORE the Application, the Merge Tool does not know what their parent is and asks where to put them. 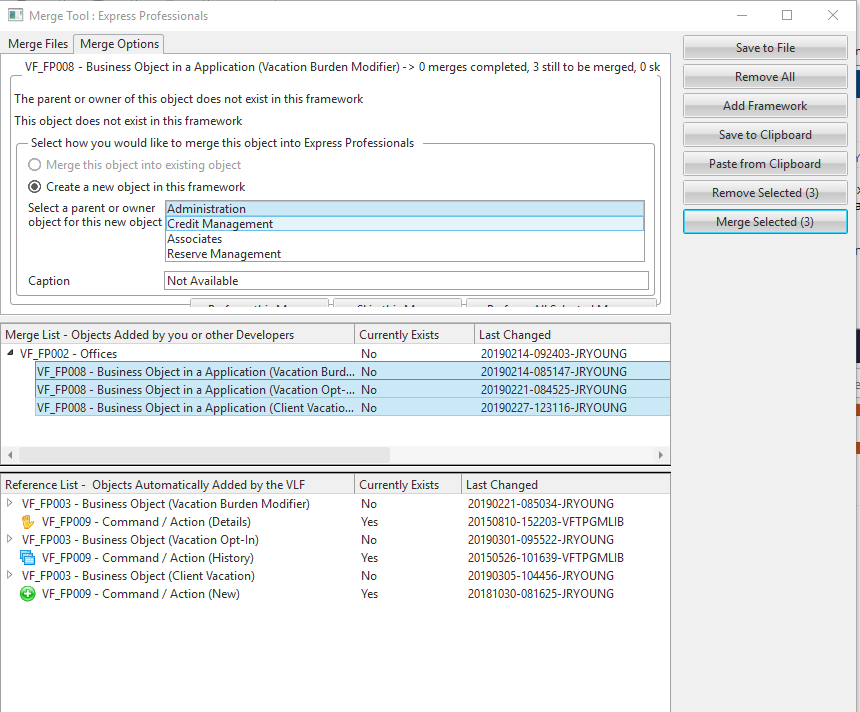 Since the Application does not exist, where do they go?

Business Objects will be created in the framework.

The application already contains link of Business Objects which is mapped.

Hope so this will help you.

Kindly let me know if need any further information.